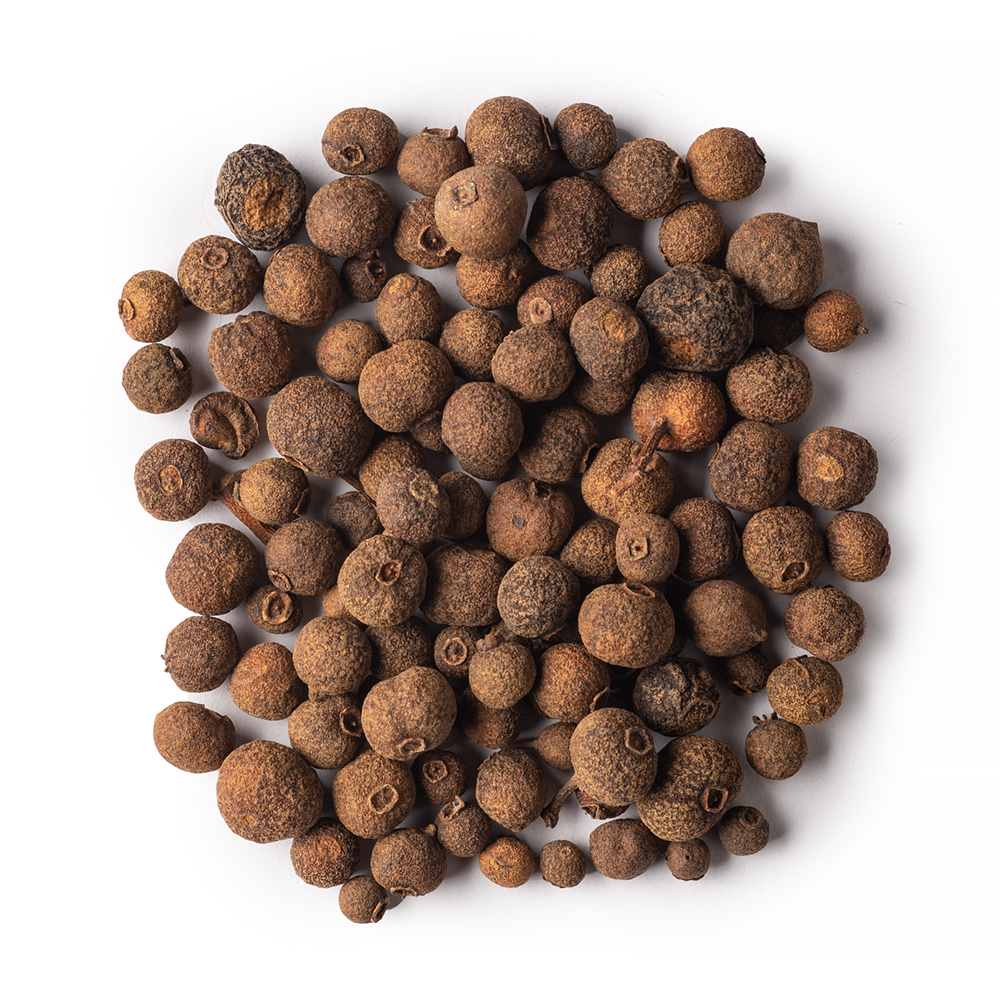 Organic Allspice: Allspice, also called Jamaica pepper, pepper, myrtle pepper, pimenta, Turkish Yenibahar, or newspice, is the dried unripe fruit (berries, used as a spice) of Pimenta dioica, a mid canopy tree native to the Greater Antilles, southern Mexico, and Central America, now cultivated in many warm parts of the world. The name ‘allspice’ was coined as early as 1621 by the English, who thought it combined the flavour of cinnamon,nutmeg, and cloves. Nutritional Benefits: Certain active principles in allspice have been found to have anti-inflammatory, rubefacient (warming and soothing), carminative, and anti-flatulent properties. Allspice corns contains health benefiting essential oils such as eugenol, a phenylpropanoids class of chemical compound, which gives pleasant, sweet aromatic fragrances to this spice. It also contains caryophyllene, methyleugenol, glycosides, tannins, quercetin, resin, and sesquiterpenes. At the processing units, these volatile essential oils are obtained through distillation process using this spice corn. The outer coat of the allspice-berries is believed to have the greatest concentration of some of the compounds of medicinal activities. As in black peppercorns, the active principles in the allspice may increase the motility of the gastro-intestinal tract in addition to aid in digestion through facilitating enzyme secretions inside the stomach and intestines. Kaivalya gives the products which are grown under stringent organic standards of NPOP, NOP and EU certification LACON, Germany. Retail packing available: 50gm / 100gm Bulk packing available: 25kg / 50kg