Kaivalya Organics is one of few spices exporters from India who believe in supplying to buyers with agreed quality and packing standards, in line with recognised world standards. Our transactions are conforming to the important specifications of both physical and microbiological parameters. We take utmost care while receiving, sorting, grading, processing and finally packing the goods maintaining its natural aroma.

" By sowing our vision, we harvest quality and spread healthy organic practices."

What we Stand For

Health is the wholeness and integrity of living systems. In a time where humans are taking away the goodness of nature, we strive to turn the wheel full circle by preserving it. Our philosophy is based on the principles of health, ecology, fairness, and care. We are making an effort towards a sustainable agro-ecosystem that ensures soil & water conservation and reduced pollution.

Organic is not just a healthy way of eating but also one which is guilt free. When we take care of the earth, it takes care of us too. Founded on the belief that nature need not lose out in our quest for advancement, Organic Concept strives to support a wholesome life print. We do our bit for Mother Nature. And by making just one right change in life, so can everyone else. We can change the course of the things to come. Come to be part of the Organic Concept story.

We are certified organic as per India Organic (NPOP), USDA (NOP), Kosher and EU Standards. We adhere to stringent norms set by APEDA, Ministry of Agriculture with respect to transaction certificates used in traceability of the organic crops. But, we do not stop there, we are proud to have maintained our BRC Grade-A certification as well. 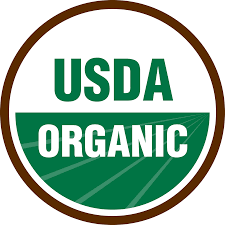 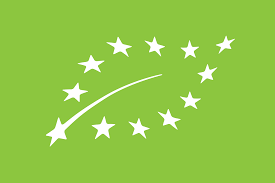 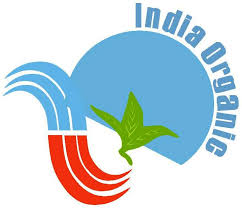 Organic agriculture is a production system that sustains the health of soils, ecosystems and people. It relies on ecological processes, biodiversity and cycles adapted to local conditions, rather than the use of inputs with adverse effects. Organic agriculture combines tradition, innovation and science to benefit the shared environment and promote fair relationships and a good quality of life for all involved.
Certified organic products are those which have been produced, stored, processed, handled and marketed in accordance with precise technical specifications (standards) and certified as "organic" by a certification body. Once a certification body has verified conformity with organic standards, the product can be labelled as such. This label will differ depending on the certification body, but can be taken as an assurance that the essential elements constituting an "organic" product have been met from the farm to the market. It is important to note that an organic label applies to the production process, ensuring that the product has been produced and processed in an ecologically sound manner. The organic label is therefore a production process claim as opposed to a product quality claim.

Sustainability over the long term - Many changes observed in the environment are long term, occurring slowly over time. Organic agriculture considers the medium- and long-term effect of agricultural interventions on the agro-ecosystem. It aims to produce food while establishing an ecological balance to prevent soil fertility or pest problems. Organic agriculture takes a proactive approach as opposed to treating problems after they emerge.

Soil - Soil building practices such as crop rotations, inter-cropping, symbiotic associations, cover crops, organic fertilizers and minimum tillage are central to organic practices. These encourage soil fauna and flora, improving soil formation and structure and creating more stable systems. In turn, nutrient and energy cycling is increased and the retentive abilities of the soil for nutrients and water are enhanced, compensating for the non-use of mineral fertilizers. Such management techniques also play an important role in soil erosion control. The length of time that the soil is exposed to erosive forces is decreased, soil biodiversity is increased, and nutrient losses are reduced, helping to maintain and enhance soil productivity. Farm-derived renewable resources usually compensate crop export of nutrients but it is sometimes necessary to supplement organic soils with potassium, phosphate, calcium, magnesium and trace elements from external sources.

Water - In many agriculture areas, pollution of groundwater courses with synthetic fertilizers and pesticides is a major problem. As the use of these is prohibited in organic agriculture, they are replaced by organic fertilizers (e.g. compost, animal manure, green manure) and through the use of greater biodiversity (in terms of species cultivated and permanent vegetation), enhancing soil structure and water infiltration. Well managed organic systems with better nutrient retentive abilities, greatly reduce the risk of groundwater pollution. In some areas where pollution is a real problem, conversion to organic agriculture is highly encouraged as a restorative measure.

Biodiversity - Organic farmers are both custodians and users of biodiversity at all levels. At the gene level, traditional and adapted seeds and breeds are preferred for their greater resistance to diseases and their resilience to climatic stress. At the species level, diverse combinations of plants and animals optimize nutrient and energy cycling for agricultural production. At the ecosystem level, the maintenance of natural areas within and around organic fields and absence of chemical inputs create suitable habitats for wildlife. The frequent use of under-utilized species (often as rotation crops to build soil fertility) reduces erosion of agro-biodiversity, creating a healthier gene pool - the basis for future adaptation. The provision of structures providing food and shelter, and the lack of pesticide use, attract new or re-colonizing species to the organic area (both permanent and migratory), including wild flora and fauna (e.g. birds) and organisms beneficial to the organic system such as pollinators and pest predators.

Ecological services - The impact of organic agriculture on natural resources favors interactions within the agro-ecosystem that are vital for both agricultural production and nature conservation. Ecological services derived include soil forming and conditioning, soil stabilization, waste recycling, carbon sequestration, nutrients cycling, predation, pollination and habitats. By opting for organic products, the consumer through his/her purchasing power promotes a less polluting agricultural system. The hidden costs of agriculture to the environment in terms of natural resource degradation are reduced.

Organic agriculture is based upon a systematic approach and standards that can be verified and are recognized internationally. Natural foods, on the other hand, have no legal definition or recognition, and are not based on a systematic approach. While natural products may generally be minimally processed, there are no requirements to provide proof, leaving open the possibility for fraud and misuse of the term.
Organic farmers build healthy soil. Organic matter in soil contributes to good soil structure and water-retention capacity. Organic farmers increase organic matter in soil through the use of cover crops, compost, and biologically based soil amendments, producing healthy disease and insect resistant plants. Organic agriculture emphasizes good plant nutrition, which is key to the prevention of plant diseases. Organic farmers use cover crops and sophisticated crop rotations to improve ecological relationships in the field. Weeds are controlled through crop rotation, mulching, cover crops, hand weeding, and mechanical methods such as flame weeding and other methods. Organic farmers also rely on diverse populations of soil organisms, beneficial insects, and birds to keep pests under control.
The performance of organic agriculture on production depends on the previous agricultural management system. An over-simplification of the impact of conversion to organic agriculture on yields indicates that:
In fact, many multiple cropping systems, such as those developed by small holders and subsistence farmers show higher yields in terms of total harvest per unit area. These yield advantages have been attributed to more efficient use of nutrients, water and light and a combination of other factors such as the introduction of new regenerative elements into the farm and fewer losses to pests and diseases. It can be concluded that increased yields on organic farms are more likely to be achieved if the departure point is a traditional system, even if it is degraded. Results will vary depending on management skills and ecological knowledge, but this can be expected to improve as human capital assets increase. However, it is important to have a good land tenure system because an individual is not likely to invest in improving the land if his/her future there is not secure.